Winter holidays and traditions in Ukraine

Winter holidays and traditions in Ukraine 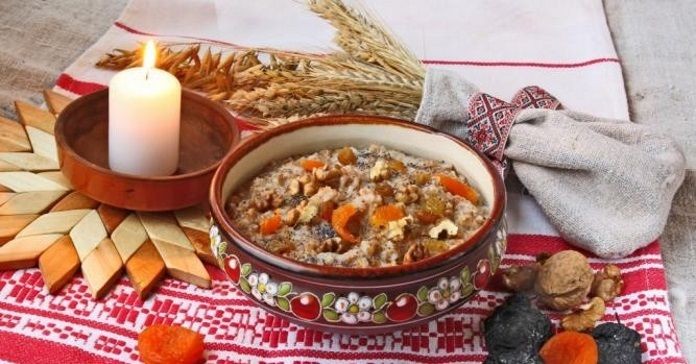 Winter has come. And with it arrival we have a series of bright holidays and special dates of the Christian calendar, fun social events and fantastic mystery-plays which return us to ancient, pre-Christian traditions and beliefs of Ukrainians.

Let`s explore them together!

New Year is celebrated in Ukraine since pre-Christian times. Firstly, slavs celebrated New Year on the 1st of March and with the growing influence of the Greek-Byzantian church the New Year in Ukrainian lands was postponed by the decree of the Nicaea Council to the beginning of the civil and church year, September the 1st . However, after the transition to the new chronology (Peter the Ist decree of 1699) a certain confusion appeared in the dates. Creative Ukrainians used this situation. Traditional folk holidays were started to celebrate according to “old style” and the official New Year became a party time. Beloved Christmas tree, champagne, tangerines and dancing came to us from the West. Ukrainian traditions prescribe to celebrate the New Year in a family circle and set the table with 12 dishes (by the number of months in a year). Meat, sausages, cabbage, gorilka and fragrant liqueurs. The table for the New Year should be very rich as well as wishes to everybody in the main night of the yearJ

The most family holiday – Christmas Ukrainians celebrate on January the 6 (Christmas Eve) and 7th (Christmas day). According to ancient traditions it is not allowed to eat until the first star appears in the sky – the symbol of the birth of Jesus Christ. On Christmas Eve the whole family gathers together at the table which is generously covered with 12 meatless dishes symbolizing the number of apostles. The main course is called “kutya” – the buckwheat porridge, nuts, honey and poppy seeds. There is always a place for an empty plate for the dead ancestors of the family who also will come for dinner. In the corner of the room instead of traditional Christmas tree in the ancient times the haystack named Didukh was standing – the keeper spirit of family. People sing carols, visit church on Christmas day and spend this day with their family members.

After Christmas Day 12-day-holiday season “Svyatky” started. Till 19th of January it was forbidden to work, people enjoyed winter, made carnivals and fairies. Magical time when all your wishes can come true!

The Baptism of the Lord is the third and final great holiday of the Christmas and New Year cycle. It is traditionally celebrated it on January 19th. On this day the blessing of the water is taking place, all the brave ones can swim in an ice hole and it is the start of the winter wedding season. It is believed that water turns into the wine at night before and if you dare to jump into cold water, all the next year you will be healthy, wealthy and strong!

Previous postHistory is made: Independent Orthodox Church of Ukraine is recognized!
Next postKYIV LOVES YOU – Valentine’s Day!