Perfect choice for people who are first time in Kyiv or never had time to see the main places! Be ready to dive into history and modern city life!

This tour is the most popular among guests who came for business and have some free time or want to feel the atmosphere of ancient times during 1 day. Your private English speaking guide will show you the best of Kyiv!

The route is flexible and depends on guest’s interests but usually includes all main sights of the Old Town: the main street Khreshchatyk, which was destroyed during the Second World War, Independence square (Maidan), the People’s Friendship Arch and the stunning views of the city, the main shrines of the city – the millennial Church of St. Sophia and St. Michael’s Cathedral, mystical street Andrew’s Descent and St. Andrew’s Church. As well as the Golden Gate, the National Opera, the place of entertainment Arena City, food market and more.

Here is just an example of the route. We can start our journey from Vladimir’s Cathedral which marked the beginning of Christian religion on all this land. Then we will pass by the best Opera in the Russian Empire, which is more than 150 years old, then go down to Khreschatyk – one of the widest central streets in the world (75 meters). After all we will find ourselves at the Independence Square, except its historical and cultural importance recently it has became the site of the horrific events that nobody could forget till now.

Then we will go to the Friendship Arch and have look at the impressively beautiful panorama of Kyiv on the Dnipro river and the old district.

Afterwards we will pass by the most beautiful and old part of Kyiv to explore the old tram ride and arrive to Sophia Square, which housed two beautiful churches and monument of favorite Ukrainian Hetman – Bogdan Khmelnitsky.

As we might get tired by this time, we can grab a lunch or snack at one of the cozy and atmospheric cafés where you can try a bowl of national dish – red borscht.

We will continue our journey on Andrew’s descent – a place where you can find unique gifts and creations of Ukrainian artists. Also we will visit the Landscape alley and lost in an area called Vozdvizhenka that is different from all of Kyiv due to unique style of architecture and creative galleries. We will conclude our tour near the Golden Gates that were built in the 11th century and were the main entrance and the defense of the city.

We did a 3-hours walking tour along Kiev with a guide Ksenia. She gave us a thorough overview of the history of the city, and was very friendly and nice. We had the best day with her, and learned a lot about Kiev. The price was reasonable.

We were a group of 4 friends, and enjoyed a great afternoon around Kiev, getting to see places we would have never got to without our lovely and knowledgeable guide. Highly recommended!

I was very limited in time, but Ksenia Ksenia did her very best to give me as much information as possible of Kiev’s history. We have seen the most famous places in the innermost city. She really knows everything about Kiev and she had appropriate answers to all my questions. Talking while walking for two hours on a rainy day was still a pleasure. She as a tour guide is highly recommended. Next time I will definitely do on of her other tours. Thanks, Ksenia! 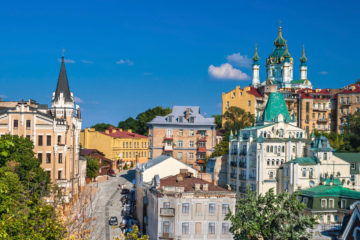 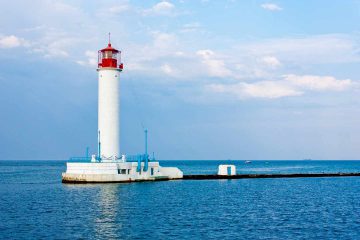 Get to know and simply fall in
3 hours
Sightseeing
€ 60
One tour per person
Best deal!